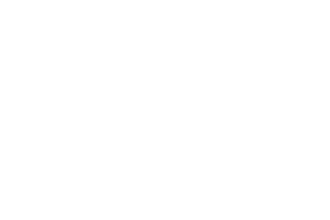 Our aspiration to produce unique and profound musical works has helped us succeed not only as an esteemed Rock Opera Band in Canada but as a film production company, a progressive and inclusive artistic community, and foundation. In these years of service, STB has also made its way to teach public health awareness around HIV and AIDS. We strive to help meet UNAIDS’s goals of ending AIDS by 2030. For instance, the Southern Time Band has performed in nearly every International AIDS Conference since 2010. Furthermore, both STP and the Band donates a portion of everything they make to the Southern Time Foundation, whose primary goal is to end AIDS by 2030. Once STP acquires funding, STB will begin performing globally (online and eventually in-person) and will hold governments worldwide accountable to UNAIDS’s goal of ending AIDS as our fanbase grows.

Recently, STB performed at the AIDS 2020: Virtual Conference and for the AIDS Committee of York Region’s World AIDS Day celebration 2019. Once STP finds funding, STB will begin online performances where Justin and T will share their lived experiences and work with HIV and AIDS. The message of STB’s music is how we all can make the world a better place to live; and what it will take to create a world where everyone has the freedom to pursue a life filled with love, liberty, and happiness.

Our first album comprises nine meaningful musical artworks that encapsulate the ‘Dreamer’ series’ emotional arc in a nutshell. ‘Lost in Love No More’ is the Dreamer series’ overture album, after all. Some of its songs are ‘Lost in Love,’ ‘Time,’ ‘Neville,’ ‘Desert Moon,’ ‘Lies,’ and ‘Searching for Love.’

Below is the list of some of our best videos so far. You are just one click away!

Lost in Love video from the AIDS 2020 shoot

Time video from the AIDS 2020 shoot

Neville video from the AIDS 2020 shoot